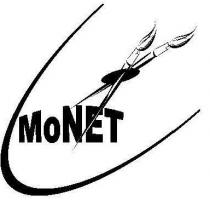 Around 60-70% of the breast cancers are oestrogen receptor-positive (ER) and these cancers respond to anti-oestrogen therapy (response rate 30-70%). Post-menopausal women achieve a smaller benefit from chemotherapy as demonstrated by the Early Breast Cancer Trialists Collaborative Overview compared to younger patients and as a group may have co-morbidities that make toxicity from chemotherapy unacceptably high. Neoadjuvant or primary endocrine therapy (NAET) is a treatment option with several advantages in these patients.

Patients with locally advanced breast cancers (large tumours that have invaded into the skin or are tethered to muscle, or with extensive axillary lymph node involvement) pose a difficult surgical problem. Mastectomy may be technically demanding and there is a high risk of local relapse. So NAET can be used to downstage tumours to allow surgical resection. In a recent NAET trial, which included 93 women with T4 tumours, 91% were able to undergo surgical treatment after 3 to 6 months of tamoxifen.

There is a theoretical advantage to having endocrine blockade at the time of surgery because it may inhibit the release of various growth factors (vascular endothelial growth factors, epidermal growth factor, tumour necrosis factors for example) that can potentially promote tumour growth.
During NAET tumour measurements are useful for evaluating the efficacy of the treatments and repeat core biopsy of the tumour is helpful for molecular profiling. It is therefore a good platform for assessing new agents and discovering new biomarkers. Effective agents in the neoadjuvant setting could be incorporated into treatment protocols sooner leading to faster progress in breast cancer treatment. Pathological complete response (pCR) is validated as a surrogate marker predicting long-term survival in neoadjuvant chemotherapy trials. Another advantage of neoadjuvant trials is that results are available sooner than results of adjuvant trials and fewer patients are needed to test the same hypothesis. The pCR rate is rare with neoadjuvant endocrine therapy and there is a need for more robust intermediate biomarkers to assess response. The best-explored biomarker to address mechanism in the context of neoadjuvant endocrine studies is the proliferation marker, Ki67 as measured by immunohistochemistry. This cell cycle-regulated protein usually shows a dramatic decrease with endocrine therapy and is measured as a percentage of positive cells or the ‘proliferation index’. Increasingly proliferation marker Ki67 is used as a surrogate marker for response as neoadjuvant endocrine trials have shown this to correlate with the overall outcome.

Neoadjuvant (or primary) endocrine therapy is an ideal platform for predictive or prognostic marker discovery. Although neoadjuvant and adjuvant endocrine therapy are both well-established treatments, their molecular basis remains incompletely understood. There are no predictive or prognostic markers except oestrogen receptor status that can be used to tailor treatment. This study will use neoadjuvant setting as a basis to identify molecular markers of sensitivity and resistance.