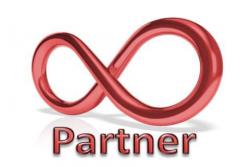 Platinum and PARP inhibitor for Neoadjuvant treatment of Triple NEgative and/or BRCA positive breast cancer: Randomised, phase II/III, 3 stage trial to evaluate the safety and efficacy of the addition of olaparib to platinum-based neoadjuvant chemotherapy in breast cancer patients with TNBC and/or gBRCA.

Breast cancer is the most common female cancer worldwide, and the second most common cancer overall, with more than 1,676,000 newly diagnosed in 2012 (25% of female cancer cases and 12% of the total). Although advances in screening, surgical intervention, radiotherapy and systemic therapies have improved survival, worldwide approximately 522,000 women died as a result of their breast cancer in 2012. Breast cancer is a heterogeneous disease and there are many ways to classify it, including using traditional histopathological features, immunohistological and molecular classifications.

Several studies have now provided evidence that supports the use of platinum-based chemotherapy as part of the first line treatment of Homologous Recombination Deficient (HRD) patients, and potentially also with TNBC patients. Byrski reported a pCR rate of 83% with neoadjuvant cisplatin chemotherapy in gBRCA1 patients, in a small (n=12) non-randomised retrospective analysis. Von Minckwitz reported the GeparSixto trial, with an increase in pCR from 36.9% to 53.2% (p=0.005) with the addition of platinum to standard neoadjuvant regimens in TNBC patients. In the CALGB 40603 neoadjuvant study, Sikov confirmed that pCR increases to 49% (where pCR is defined as previously - absence of invasive disease in breast and axillary lymph nodes) in stage II-III TNBC with the addition of carboplatin to weekly paclitaxel, in a 2 x 2 factorial design with bevacizumab. gBRCA patients may achieve higher pCR rates of 57.9%, data presented by von Minckwitz, ASCO 2014.

The selection of the agents and doses has been developed using data from CALGB 40603 neoadjuvant TNBC trial and doses have also been informed by the ICON8 trial. CALGB 40603 used 3 weekly carboplatin AUC 6 and paclitaxel 80mg/m2 weekly (q3weeks). However, due to the potential for myelosuppression in combination with olaparib, the carboplatin dose has been reduced to AUC 5 for the PARTNER trial. ICON8 is a randomised 3-arm, 3-stage phase III trial to evaluate the safety and efficacy of dose-dense, dose-fractionated carboplatin-paclitaxel chemotherapy in the first-line treatment of ovarian cancer. ICON8 uses paclitaxel 80mg/m2 weekly with carboplatin AUC 5 x 3 (q3 weeks) and although the early safety data on arm 3 show that the dosing is safe and well-tolerated, the ICON8 Independent Data and Safety Monitoring Committee (IDSMC) report has recommended the use of prophylactic Granulocyte Colony Stimulating Factor (G-CSF) with each cycle.

In addition, the ISPY2 trial has used a 3 weekly regimen of carboplatin and weekly paclitaxel with a PARP inhibitor veliparib in a neoadjuvant phase II successfully (in the TNBC cohort pCR 51% PARP inhibitor arm vs 26% standard treatment arm) and without excessive toxicity. Combining data from both these studies, in the PARTNER trial we will use carboplatin AUC5 three weekly and paclitaxel 80mg/m2, weekly for 12 weeks. In addition, the trial mandates using the G-CSF as primary prophylaxis as per local practice, unless there are any contra-indications or due to cessation for clinical reasons in the judgement of the clinician caring for the patient. G-CSF has previously been used with olaparib and chemotherapy combinations without problems.