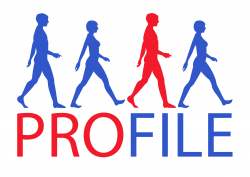 Crohn’s disease (CD) is a relapsing-remitting form of inflammatory bowel disease (IBD) that can affect any part of the intestinal tract, most commonly the ileum and the colon. It is a common condition, affecting at least 115,000 people in the United Kingdom, and typically presents in early adulthood. Crohn’s disease is a lifelong disease and is associated with symptoms including abdominal pain, diarrhoea, fatigue and weight loss. Up to 50% of patients may require surgery in the first 5-10 years after diagnosis.

Like many other immune-mediated diseases, the course of Crohn’s disease varies substantially between affected individuals, but no reliable prognostic markers exist. The most common treatment strategy in Crohn’s disease is based on a stepwise escalation in therapy, but only in response to recurrent flares or persistently active disease. This strategy (termed “Step-Up”) should not over-treat patients but could expose some to avoidable complications of persistently active disease (while weaker and potentially ineffective therapies are trialled). For this reason, other treatment strategies have been proposed.

In 2008, it was shown that early use of anti-TNFα therapy ("Top-Down") was superior to conventional "Step-Up" management. Further support came from the ‘study of biologic and immunomodulator naive patients in Crohn’s disease’ (SONIC) trial, which demonstrated that combining anti-TNFα (Infliximab) with Azathioprine achieved results superior to either alone. However, it was widely recognised that the indiscriminate use of combination therapy in all patients would be (1) unaffordable and (2) risky – exposing patients with mild disease to the side effects of drugs that their disease did not require.

Since 2010, investigators have focused on whether accelerating more quickly up the treatment ladder or using more affordable, but less potent, drugs (e.g. Azathioprine) at diagnosis in all patients would lead to better outcomes. However, none of these trials demonstrated improved efficacy over standard care, leading many to conclude that a "precision" (or "personalised") approach is required. This conclusion stems from the fact that the course of Crohn’s disease varies substantially between patients, and thus is a major confounder in trials of treatment strategies. For all the work in recent years investigating clinical, genetic and serological markers, there are currently no prognostic tools for Crohn’s disease in clinical practice that can reliably predict the severity of the disease course from diagnosis.

The hypothesis is that biomarker-driven stratification will facilitate personalised therapy in Crohn’s disease, and will improve clinical care. It will do this through identification of a group of patients destined to develop a more severe, relapsing course and who will benefit from “Top-Down” therapy while protecting those patients destined to experience indolent disease from the risks and side-effects of unnecessary immunosuppression. This is a randomised, multi-centre, biomarker-stratified, open-label trial in patients newly diagnosed with Crohn’s disease (enrolled within 6 months of diagnosis). This is an established trial design for the validation of predictive biomarkers, which has been used extensively in oncology settings. Participants will be randomised to either “Top-Down” or “Accelerated Step-Up” therapy. The trial will be conducted in approximately 50 centres in the United Kingdom. 400 participants will be randomised in this trial.

Patients to be included in the trial must meet the following criteria:

* Patients with newly-diagnosed patchy colonic inflammation, initially diagnosed as indeterminate colitis, would meet inclusion criteria for the trial if felt to be consistent with Crohn’s disease.

** Patients need to have discontinued systemic corticosteroids for one week or more prior to screening assessments and still have ongoing, active disease.

Patients who still have a TPMT result awaited, when they attend their baseline visit, can still be randomised if otherwise eligible. The TPMT result will need to be confirmed before the patient can start on a thiopurine. For participants who are found to be TPMT null, then the immunomodulator of choice would be Methotrexate.

Patients who still have a TB test result awaited when they attend their baseline visit, can still be randomised if their chest x-ray shows no evidence of TB, they are considered low risk for development of TB, and at clinician discretion. If testing for TB subsequently returns as positive, then the participant should be withdrawn from the trial.