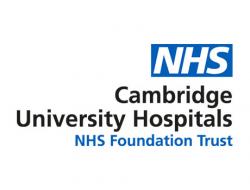 Subarachnoid haemorrhage (SAH) from a ruptured intracranial aneurysm is a devastating subtype of cerebral stroke which affects all ages. High rates of death and disability occur, and are particularly prevalent when delayed ischaemic deficits result in cerebral infarction. Prevention of cerebral artery vasospasm is the target of modern drug therapy, addressing the pathophysiological processes of impaired cerebral blood flow arising from inflammation and thrombogenesis. Candidates include the statin class of drugs. These have an excellent safety record, and show multiple potential beneficial actions following SAH. Encouraged by data from a phase II study assessing the effects of a statin on cerebral vasospasm and autoregulation, we now wish to conduct a large multi-centre outcome study using Simvastatin. We also wish to explore secondary benefits for statin therapy for the critically unwell patient, particularly those with septic complications and those needing inotropic support.

STASH trial (SimvaSTatin in Aneurysmal Subarachnoid Haemorrhage) is a multi-centre, clinical phase III, randomised, double blinded, placebo controlled trial assessing the effects of Simvastatin (40mg od for up to 3 weeks) on clinical outcome following acute aneurysmal SAH. Eight hundred patients with a clinical and radiological diagnosis of aneurysmal SAH will be recruited from up to 45 neurosurgical units based mainly within the UK, with contributions from Europe, Asia, and North America. The primary outcome measure is the modified Rankin Scale (mRS) at 6 months; secondary outcome measures seek differences in the acute clinical course, discharge destination and socioeconomic, SF36 (short form 36 health survey) scores at 6 months outcome.

The study is designed to realistically reflect common clinical practice, and will be applicable to the whole SAH population. Exclusion criteria are minimal; hence should the study prove positive the treatment of SAH patients with Simvastatin 40 can be applied worldwide with minute cost barriers. Data from the STASH study may also be of benefit in a wider context; for other types of intracranial haemorrhage, for ischaemic and venous strokes, for patients with severe septic conditions and for patients who suffer cerebral complications following major surgery.

We anticipate that the majority of patients admitted to trial centres will satisfy the criteria for inclusion since, within the United Kingdom, the mean time to definitive treatment of a rupture aneurysm is 72 hours for adult patients of mean age 58years, 90% of which were reasonable clinical grade (WFNS I – IV; Royal College of Surgeons and Clinical Effectiveness Unit UK Audit of Subarachnoid Haemorrhage 2000-2001). Indeed, the Pravastatin phase II trial recruited 80% of all SAH patients referred to our Unit during 2004 whilst adopting identical inclusion criteria.

Initiation of the study drug within 96 hours is reasonably generous, reflecting clinical realism yet accommodating a pathological escalation of events which peak towards the end of the 1st week after the SAH. Those presenting with a suspected re-bleed will still be enrolled – the latest ictus being counted as the primary presenting bleed. The incidence and duration of DID in such patients is likely to be high.